The Baltimore Orioles continue to be sellers as the 2018 MLB trade deadline nears with Adam Jones likely the next trade victim.

Baltimore Orioles center fielder Adam Jones helped bring the winning culture and attitude back to Baltimore. He’s also not afraid to step up as the Orioles leader during tough times and always brings an honest attitude to the clubhouse and field.

He’s fresh off receiving the Orioles Heart and Hustle Award for his passion for the game of baseball and represents the values, spirit and traditions of baseball.  Jones also won the award first in 2012 then several other seasons from 2014-2018.

However, as the Baltimore Orioles continue their rebuild, Jones is the next Orioles player rumored in trade talks connected to the Philadelphia Phillies, Cleveland Indians and San Fransico Giants, per USA Today’s Bob Nightengale.

Jones, who is a pending free agent, owns 10-and-5 Rights which is given to a player after accumulating 10 years in MLB and contributed five straight seasons with the same team. Nightengale tweets Jones is likely to waive his no-trade rights to a contending club, but also has a potential return in mind following the season. 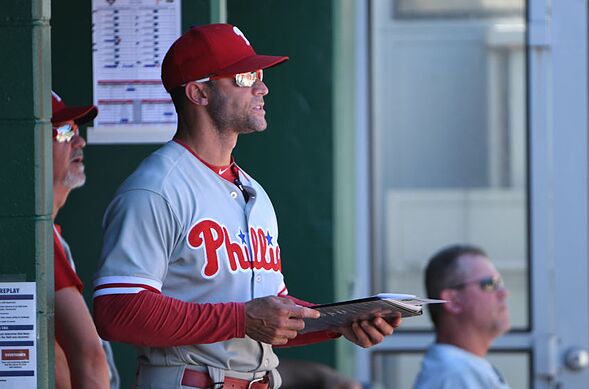 PITTSBURGH, PA – JULY 08: Gabe Kapler #22 of the Philadelphia Phillies looks on from the dugout during the game against the Pittsburgh Pirates at PNC Park on July 8, 2018 in Pittsburgh, Pennsylvania. (Photo by Justin Berl/Getty Images)

As reported earlier this week by Jon Heyman of Fancred.com, the Philadelphia Phillies are seeking Orioles’ Adam Jones after missing out on the top prize of the MLB trade deadline, Manny Machado.

The Orioles would be smart to move Jones who is completing the last year of his six-year, $85.5 million deal. In addition, Jones is 33-years-old with his production at the plate declining each season.

With money to use, the Phillies are in great position to take on Jones’ contract and demands much less than Machado. Also, the Phillies demoted outfielder Aaron Altherr and use Jones as an upgrade in center field as they make a push to the MLB playoffs.

In return for Jones, the Orioles could continue their stockpiling prospects by adding the Phillies’ No. 5 prospect and lefty Jojo Romero and an outfielder in Mickey Moniak or Jhailyn Ortiz.

The Phillies sit atop of the National League East division at 57-44 and hold a game and 1/2 lead over the Atlanta Braves. Jones would add a boost both on the field and in the Phillies locker room as they work towards a playoff berth.

Next: The Lone American League Team Interested in Jones
Next1 of 3Prev post
Use your ← → (arrows) to browse
Load Comments
Event Tickets
Powered by StubHub
Top Stories