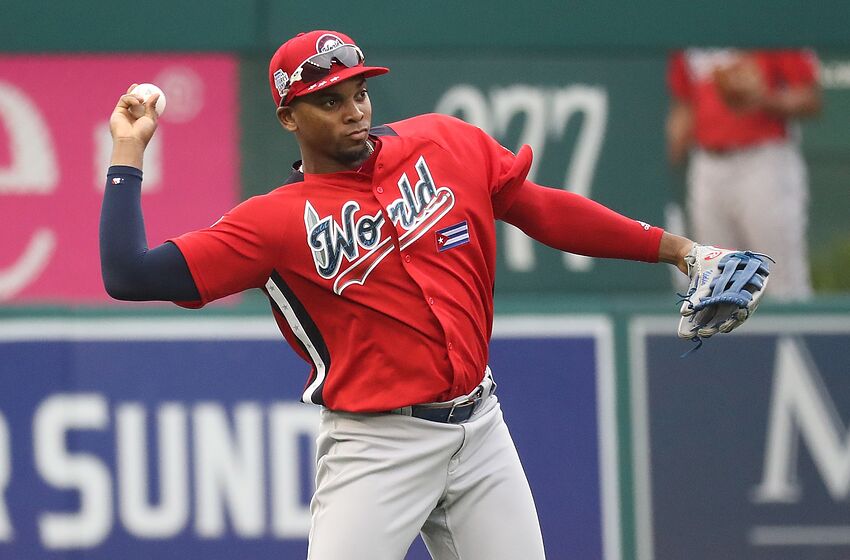 The Baltimore Orioles have a whole cast of young outfielders, and recently those players have been showing the potential they have.

Young, athletic outfielders are always a key part of a baseball team like the Baltimore Orioles had with the 2010 promotions of Nick Markakis and Adam Jones. And…then remember the black hole in right field ever since?

Well, the Baltimore Orioles have been working on rebuilding their outfield through the minor leagues.

One of those players, Cedric Mullins, has already made his way to Baltimore. Mullins has a .343/.425/.571 slash line with one home run, five doubles, three runs batted in, seven runs scored and five walks to go with six strikeouts. Not bad at all so far.

Mullins has been able to cut balls off for singles or doubles that previously would have been doubles or triples.

His speed has been an asset, not just in center field, but also on the base paths, even if the sabermetrics don’t agree yet. He isn’t the only Orioles’ outfielder excelling.

Let’s head to the minor leagues.

Yusniel Diaz, 21, got off to a slow start with the Bowie Baysox in the AA Eastern League since being acquired for Manny Machado.

However, he is heating up.

In his last seven games, Diaz has two of those home runs and seven RBIs. In his last 10 games, he has three three-run home runs. That has earned him some national publicity recently.

Another young outfielder who is re-emerging in the Orioles’ organization is Austin Hays. Hays, of course, crashed the scene last year during an excellent campaign. This year has been a different story. Hays took his demotion back to the minor leagues hard, hitting .221 in April and .227 in May. He then got hurt and only played in four games in July.

Many people look to these two, joining Mullins, as the future of the Orioles outfield. Both players are athletic enough to cover the corners. But, they aren’t the only outfielders in the system who some believe have a major league future.

Former first-round pick DJ Stewart, 2015, Florida State University, is at AAA Norfolk. It hasn’t been a great year for Stewart, 24, but that doesn’t mean he won’t be a major leaguer.

The recently demoted Joey Rickard was playing well and was part of a numbers crunch (or the stubbornness in keeping Craig Gentry). Rickard is only 27 and could be a capable fourth outfielder, particularly if he improves his base stealing.

Add in Ryan McKenna, who is only 21 years old at Double-A Bowie, and it is another option for the Orioles moving forward. McKenna was one of the best hitters in the minor leagues while with High-A Frederick, earning a promotion to Bowie with a .377/.467/.556 slash line and eight home runs, 18 doubles, 97 hits, 60 runs and 37 runs batted in in only 67 games. That is excellent. In his last ten games, McKenna is 9-31 with 11 runs scored, seven walks and only three strikeouts. He also has four stolen bases.

How Have Former Baltimore Orioles Fared With New Teams?

The Baltimore Orioles organization have some young talented outfielders.

Mullins has already played his way to the major leagues. It will be interesting to see if Hays or Diaz get a call up in September to see what they can do against the best of the best.