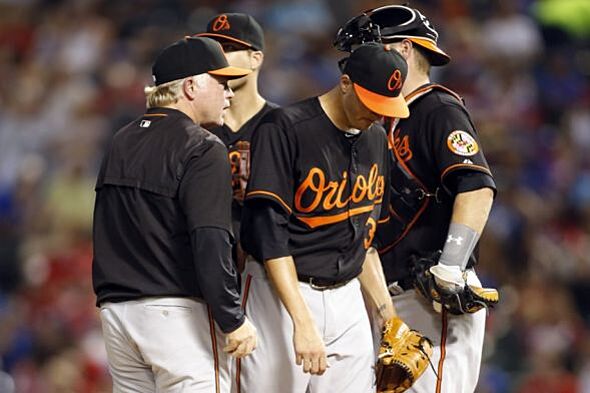 This is nothing new for Orioles fans. We see this every season; it is as predictable as the fact that sooner or later in the spring it will warm up and Frosty the Snowman will be singing about coming back next year.

Even so, it is difficult to observe these predictions and to endure reading them without a corresponding rise in blood pressure. There are a variety of reasons why this perennial crocus of baseball analysis blooms at the end of each offseason.

Primarily among those reasons, especially with prognostications that are more subjectively-based apart from hard statistical analytics, is that the notion of the Baltimore Orioles as an annual contending team is not yet established. The reputation established by so many consecutive losing seasons has not yet been fully broken by the current four-year record of 355-293. Many younger baseball writers do not have a previous memory of the Birds as a competing team.

The Orioles are also not big spenders by comparison to some of their divisional opponents. The O’s market is also not so large nor widely scattered as with the Yankees or Red Sox. The Birds are easier to overlook and discount.

The majority of the doom that will be forecasted by national writers will of course go first to a look at the weakness of the rotation. I am not saying that Orioles pitching constitutes any sort of strength, but neither do I think that it could not bounce back from 2015, along with some surprising new performances.

And remember this also:  A year ago, when the Orioles’ rotation was coming off an excellent season in 2014, they were given no credit for what was done. And yes, it can be argued that they went on to stink up the place just like the prognosticators said they probably would. But go back one more year and realize that those same writers didn’t predict or imagine 2014 could happen.

All of this is to say that the Orioles pitching rotation, for whatever reason, has not gotten credit when they have done well, as if it never happened … you know, like winning that playoffs series against the Tigers, who, as I recall, had three pretty good starters!

But, like politicians like to say in debates, “You can have your own opinions but you can’t have your own facts; facts are stubborn things.”  And an article from FanGraphs yesterday about Gallardo and the obvious match that would seem to be apparent for him to end up with the Orioles, the writer had this to say about the O’s rotation …

… the Orioles still seem to be the only obvious fit for Gallardo. On the surface, it makes plenty of sense. Last year’s Orioles had a middling rotation, and then they lost their best starter in Wei-Yin Chen and have only added a depth piece in Odrisamer Despaigne to replace him. Our depth charts currently have Baltimore projected for the second-worst rotation in baseball. It lacks much in the way of upside, it lacks much in the way of durability, it lacks any real depth, and those are just about all the ways a rotation can lack.

That is a pretty brutal assessment, but get used to it. This is what we are going to read over and over.

And adding Yovani Gallardo as a free agent is not going to make it categorically different. When going to the FanGraphs depth chart that is referenced as ranking rotations (based upon the statistical “canon” of WAR — see what I did there?), his addition merely moves the Orioles from 29th place to 22nd place.

There is no doubt that starting rotations are important, albeit in this writer’s mind too often looked at simplistically as the singular defining element for baseball success. And there is reason to have concern about the Baltimore rotation more than any other component of the team’s construction. But just as strong rotations on paper don’t win championships in reality with predictable consistency, neither does writing off this O’s rotation in February and March mean that this version of the Orioles will not ultimately compete at a high level.

Next: An Orioles cheat sheet of non-roster invitees to spring training